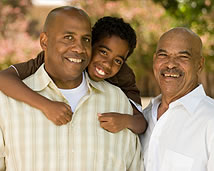 As advances in medicine, and improvements in living standards have taken place, more people have been able to live for longer.

Professor Julie Byles, Head of ILC-Australia presents on ‘Healthy Ageing at very old ages – perspectives of women from the Australian Longitudinal Study on Women’s Health, at the 53rd Annual Australian Association of Gerontology (AAG) Conference in 2020.

Over 700 people participated in the 1st Regional Forum on Active and Sustainable Ageing of the Médio Vale do Itajaí in the southern State of Santa Catarina. The keynote on “Active Ageing and the Longevity Revolution” was delivered by Alexandre Kalache.

What comes to your mind when you think of “ageing”?

The importance of immunization along the life course

On October 5, ILC-BR organized a seminar to discuss the importance of vaccination across all ages. The seminar was held at Iamspe, the Institute for Medical Assistance for Public Servants of the State of Sao Paulo.

Today marks a year since the death of Dr Robert Butler, champion of social and medical needs for older people, Pulitzer prize winner and President of the International Longevity Centre Global Alliance.

In a new publication, Global Aging Report: Threats to Longevity, the ILC Global Alliance outlines the urgent need for the global community to work together to combat the increasing threats to longevity around the world.

Housing for older people globally: What are the best practices? An ILC Global Alliance Discussion Paper

This Discussion Paper collates the findings of 10 ILCs within the ILC Global Alliance on the subject of housing for older people.

A Profile of Older Men and Older Women in Singapore 2011

ILC-Japan published this report as a tribute to Dr. Robert Butler, the father of gerontology and the founder of ILC Global Alliance.

A report from a dinner debate with the International Longevity Centre Global Alliance, Cape Town

A Profile of Older Japanese 2011

The 2011 version of “A Profile of Older Japanese” produced by ILC-Japan is in its third edition.

A Profile of Older Japanese 2010

The 2010 version of “A Profile of Older Japanese” produced by ILC-Japan is the second edition of this comprehensive overview of the lives of older people in Japan.

ILC-Japan has published the English version of “Global Information Journal on Longevity and Society 2009”.

The International Handbook on Aging. Current research and developments

The International Handbook on Aging. Current research and developments.

Older Europeans are not well vaccinated and therefore not well protected against vaccine preventable diseases. Identifying and developing strategies for overcoming barriers to vaccination is therefore an important health policy goal for Europe.

A Profile of Older Japanese 2009

Japan is setting the pace among the ageing societies of the world. People aged 65 and over now make up over one-fifth of the Japanese population and in twenty years will account for one-third.

In a new publication, Global Aging Report: Threats to Longevity, the ILC Global Alliance outlines the urgent need for the global community to work together to combat the increasing threats to longevity around the world.

ILC-Japan has published the English version of “Global Information Journal on Longevity and Society 2008”.

the international Longevity Centre- India has come out with this book to understand this global phenomenon of 'ageing' and its implications in the right spirit and perspective.

An English edition of a quarterly information journal focusing on longevity society in the world, first published by ILC-Japan in July 2006.

Intimations of Immortality: The Ethics and Justice of Life Extending Therapies

We are all programmed to age and die, but maybe it doesn’t have to be that way.

Immunisation. Not Just for Kids

The mistaken belief persists that, except for the flu vaccine, children should be the primary recipients of this important area of primary disease prevention.