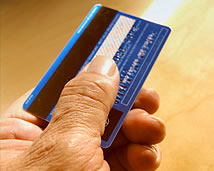 The ILC Global Alliance explores the economic impact of an ageing society.

Yet for policy makers concerned about supporting an ageing society, they are faced with the daunting analytical task of assessing a multitude of projections.

The challenge of projecting demographic and economic developments over the next 50 years is compounded by considerable uncertainty, for example on migration flows, the health status of the older people or the incidence of disability.

Everyone thrives in an inclusive age-friendly society

The Netherlands Scientific Council for Government Policy (WRR) recently put a magnifying glass on elderly care in four countries: Japan, England, Germany and Denmark. One of the researchers is Tineke Abma, professor of Participation of Older People at the Leiden Medical University Centre and Executive-Director of Leyden Academy on Vitality and Ageing. What lessons can be learned from this research?

Last month, UK Minister for Employment, Mims Davies MP, announced the shortlist of our international Work for tomorrow competition that is seeking to identify and award the most promising innovations responding to an ageing workforce.

The Robert N. Butler Columbia Aging Center and the ILC USA, in collaboration with Columbia University’s Journalism School, once again hosted the Age Boom Academy in New York from September 8-10, 2013.

Dr Craig Berry, Senior Researcher at the ILC-UK, spoke on 29th March 2011 at the III International Congress on Long Term Care and Quality of Life in Madrid.

This report summarises the discussions of two working groups convened by the ILC-UK to explore the ‘National Care Fund’ model, originally set out in the February 2008 ILC-UK publication: “A National Care Fund for Long-term Care.”

Decumulation of Assets – The Impact of the Economic Downturn

This ILC-UK brief summarises a public debate exploring decumulation in the context of the economic downturn.

Navigating the Age of Inheritance

A discussion paper accompanying 'The Age of Inheritance' and exploring what this research means for public policy including inheritance tax, the property market and debate on how to pay for an ageing population.

A report on a pilot study towards a health intervention under the Study to Understand and Foster the Functioning and Involvement of Contributive Elders (SUFFICE) project has been released.

Asset Accumulation in Focus: The Challenges Ahead

The discussion paper Asset Accumulation Across in Life Courses: The Challenges Ahead explores the policy implications of changing patterns of asset accumulation in the UK.