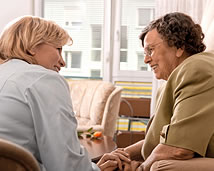 One of the aspects of an ageing population is the rise in the oldest old.

The main implication is the significant growth in long-term social care needs, given the decline in physical and mental capacities evident among many of the oldest old. These chronic needs are by definition broader than the acute needs met by the healthcare system. Presently, they are met primarily through either residential or nursing care – at a high cost to local authorities and individuals – or through informal care by friends and relatives.

ILC Singapore organised an inaugural Ageing Research Forum 2015 on May 27, 2015 to share results and learnings from the evaluation conducted of various Tsao Foundation programmes and create a platform to improve and broaden practice for community-based research.

The symposium, to be held on 6th June 2015, will explore an increasingly influential view in Japan that preparing for one’s departure from life should be an integral component of one’s life planning.

Dr Craig Berry, Senior Researcher at the ILC-UK, spoke on 29th March 2011 at the III International Congress on Long Term Care and Quality of Life in Madrid. 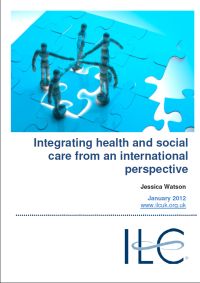 Integrating health and social care from an international perspective

An ILC-UK report examining the ideas, issues and challenges of the integration of health and social care services.

This report summarises the discussions of two working groups convened by the ILC-UK to explore the ‘National Care Fund’ model, originally set out in the February 2008 ILC-UK publication: “A National Care Fund for Long-term Care.”

The study examined a groundbreaking program designed to reduce elder abuse and neglect.

The preliminary study into Innovative housing and care schemes has been conducted by Jacques Allegro (member of the Executive Board of ILC NL) and Ger Tielen (Director of ILC NL).

Caring in the Older Population

In 2008 ILC-UK and the National Centre for Social Research published research on older carers, in a report titled ‘Living and Caring? An Investigation into the Experiences of Older Carers.

A Continued Survey on a Daily Life of Older People

In a super-aging society Japan it is predicted that people aged 75 or older living alone and elderly couple-only households will go on increasing.

Driving, Cessation of Driving and Well-being in Old Age

The Caregiving Project for Older Americans, gathered a blue-ribbon panel of experts in ageing and caregiving to examine existing caregiver training programs and explore the development of national training standards.