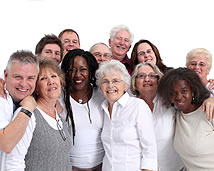 According to the United Nations Programme on Ageing, 10% of the world population is aged 60 or over.

It is projected that this figure will reach 20% in 2050. In recent decades the increase of longevity has been clearly seen across the developed world, caused by low birth rates and a decline in mortality levels. But developing countries are also experiencing the same phenomenon. Ageing is a common challenge (and opportunity) for this century.

This year we have been celebrating our 30th anniversary.

In the beginning of March, the UN Statistical Commission met in New York. It established the Titchfield City Group on Ageing and Age-disaggregated Data lead by the UK Office for National Statistics.

ILC-I is privileged to be recognized as the United Nations’ International Institute on Ageing (UN INIA), Malta’s Satellite Centre for the SAARC region.

The winners of the 2015 Age Smart Employer Awards (agesmartemployer.org) were announced today at a packed ceremony attended by experts in aging and employment, elected officials and a diverse set of New York City businesses and their employees.

The Robert N. Butler Columbia Aging Center and the ILC USA, in collaboration with Columbia University’s Journalism School, once again hosted the Age Boom Academy in New York from September 8-10, 2013.

The ILC Global Alliance members are pleased to announce the creation of two more ILC centres which add to the existing 12: ILC Brazil and ILC China.

We are delighted to announce that Baroness Sally Greengross, Chief Executive of the ILC-UK, and Dr. Alexandre Kalache, Advisor to the Brazilian Government and Chief Executive…

The ILC-UK is pleased to announce that Baroness Sally Greengross has been asked to be the Global Chair of the Global Coalition on Aging Advisory Council.

ILC-UK at “The impact of ageing on developed economies” conference in Ditchley,Oxfordshire, England.

Baroness Greengross chaired the three day conference (12-14 May 2011) of key thought leaders around the world on ageing in developed economies, hosted by the Ditchley Foundation.

The new UN Open Ended Working Group on Ageing that has been set up by the UN to discuss better protection of older people’s rights and its first working session will be at the UN in New York 18-21 April 2011. 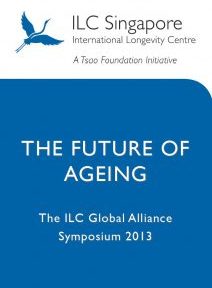 Eleven of the 14 ILCs in the Global Alliance were represented at the 2013 ILC GLobal Alliance symposium held in Singapore in 2013.

Housing for older people globally: What are the best practices? An ILC Global Alliance Discussion Paper

This Discussion Paper collates the findings of 10 ILCs within the ILC Global Alliance on the subject of housing for older people.

A Profile of Older Men and Older Women in Singapore 2011

A Profile of Older Japanese 2011

The 2011 version of “A Profile of Older Japanese” produced by ILC-Japan is in its third edition.

This new research, by David Sinclair of ILC-UK, for Age UK, considers the market potential of the older consumer and highlights how companies can make more of this population.

A Profile of Older Japanese 2010

The 2010 version of “A Profile of Older Japanese” produced by ILC-Japan is the second edition of this comprehensive overview of the lives of older people in Japan.

A Profile of Older Japanese 2009

Japan is setting the pace among the ageing societies of the world. People aged 65 and over now make up over one-fifth of the Japanese population and in twenty years will account for one-third.

Obesity in the UK: A Review and Comparative Analysis of Policies within the Devolved Regions

Obesity is a major public health problem in the UK. This report provides a comprehensive review of innovations and problems in tackling this challenge in light of devolution.