After the opening, Haroldo Machado Filho, focal point on the Agenda 2030 at UNDP Brazil presented the SDGs, highlighting the differences between the MDGs and the SDGs and the importance of quantifying the goals in order to monitor progress. According to Haroldo, the statistical instruments to collect and analyse this data are not yet developed. He also mentioned an event organized by the IBGE (National Statistics Bureau) next week about the measurement of the SDGs. Haroldo also stressed that no country has reached sustainable development yet and that the achievement of the SDGs therefore needs to be a real collective effort, especially because no government will be able to do it alone. The support from the private sector, academia, CSO and the media is indispensable to reach the goals. He also highlighted that the SDGs cannot be seen in separate boxes, i.e. in isolation, despite being graphically shown in little boxes. He also presented the Agenda 2030 platform (agenda2030.com.br) and asked for feedback on it. He further highlighted that there are still very few indicators on the platform because the IAEG has not yet agreed on many internationally comparable indicators.

Petrina Santos who works for Civicus presented the results of the questionnaire that was completed by about 65 organizations in the second semester of 2016.

A few highlights on ageing and older people:
15% of the organizations that responded to the questionnaire (total of 65) said that older people were one of their target groups compared to 35% for women. The groups that most benefit from the work of the participating organizations are:

After these presentations the group discussed how these results can be used, if it is useful to plan a new questionnaire for 2017, whether and how the shadow report should be produced by the CSO and what next steps are. The importance of the research was widely recognised and it was suggested that it should be used to sensitize the population and other CSOs about the SDGs, despite its various limitations. It was also agreed that it would be necessary to have a communications strategy to disseminate the work and the importance of the SDGs for Brazil.

The participants suggested to have access to the information about the organisations that participated in the research so that each organisation can analyse who was reached and who should be engaged in the future. Ina Voelcker of ILC-Brazil who represented the Stakeholder Group on Ageing shared her impression with the group that very few organizations working with older people have an understanding of the SDGs and their relevance to their work, at local and national level. She stressed that at international level the Stakeholder Group as a strong voice having managed to influence the development of the SDGs.

Both, Development Initiatives and Datapedia presented sources of data for the monitoring of the SDGs and suggested that this should be used for the development of the Shadow Report which is due in the beginning of 2017. 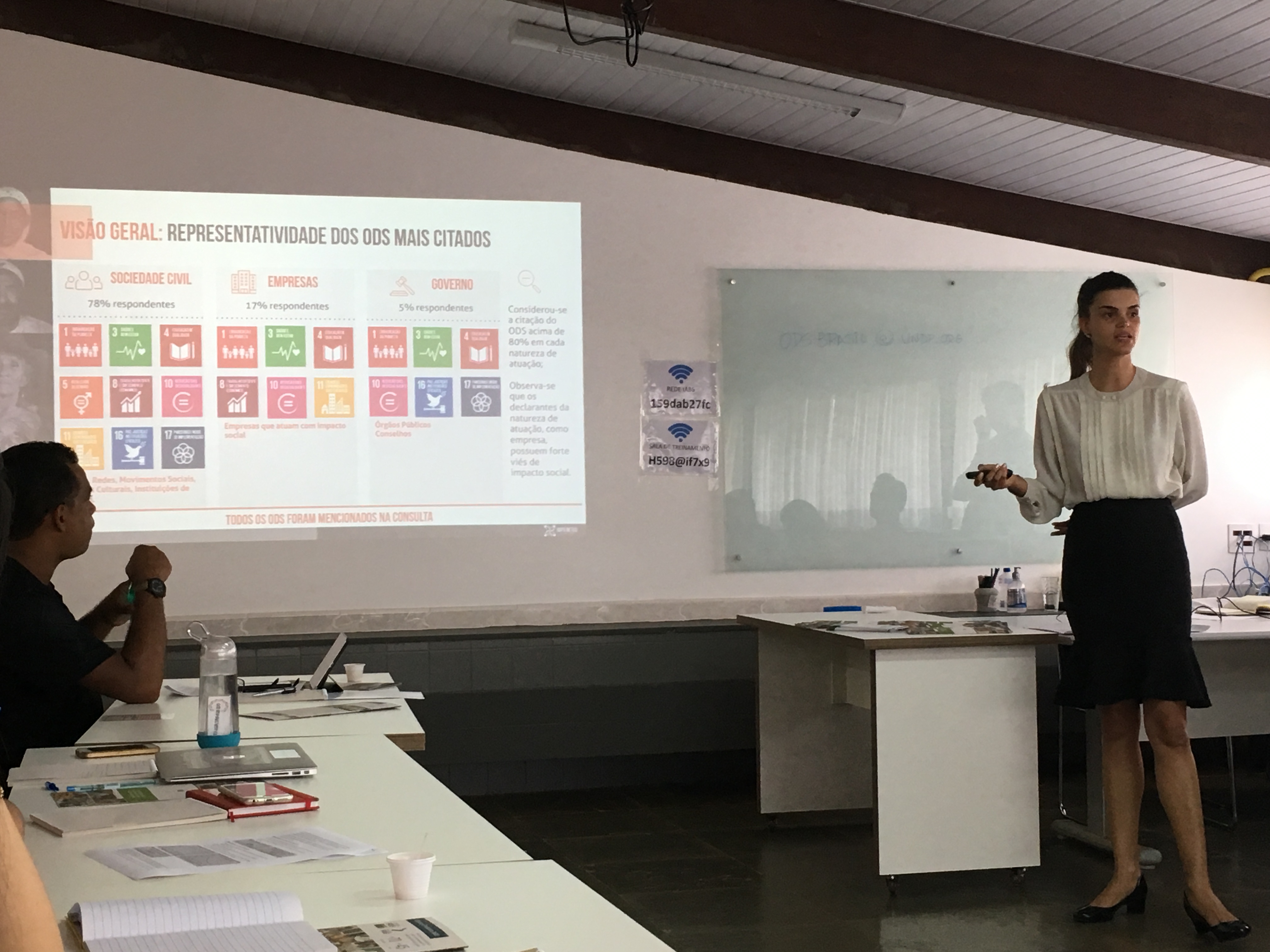 Petrina Santos presenting the results of the research on SDGs. 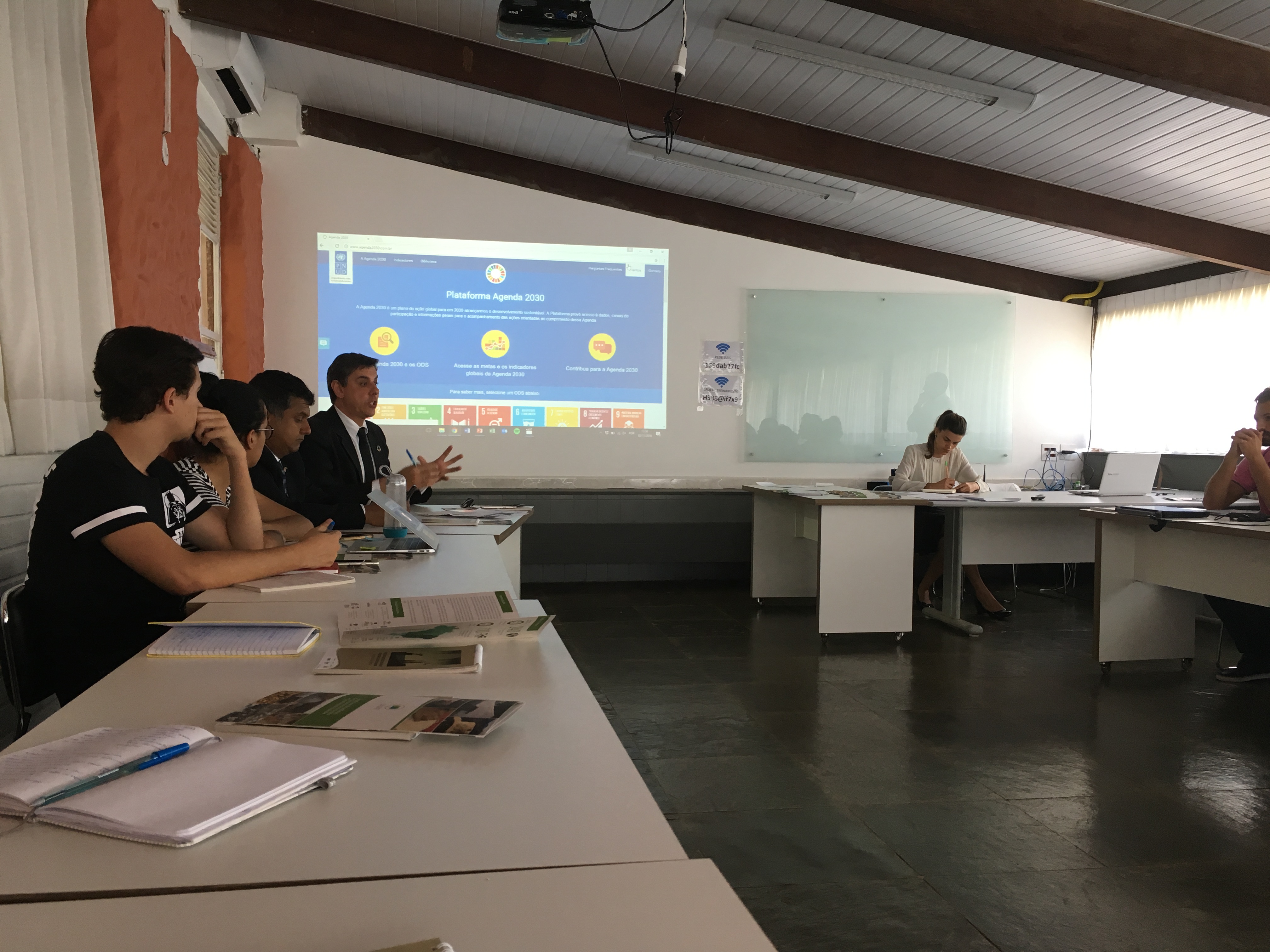 Haroldo Machado Filho of UNDP Brazil at the opening of the meeting.