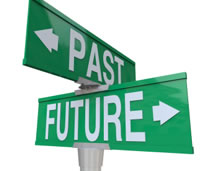 The International Longevity Centre members are concerned not just about the impact of demographic change today but the future opportunities and challenges which come from an ageing society.

Across the world we are living longer and seeing growth in the numbers of older old. Simply taking into account demographic change, we will see more people with a need for long term care and more people with dementia.

Our expectations of health services are changing alongside the development of new drugs and technologies. How we pay for health with these changes is a major challenge.

We live in a fast changing world. 134 years ago the first two way phone call was made. It took until 2000 for half of the world to own a phone, yet by 2007 half of the world owned a mobile phone. And whilst it took 75 years for telephones to reach 50 million users, it only took four years for the internet to reach a similar number. Technology is changing the way we live and our relationship to society.

Meanwhile, climate change and other environmental challenges pose serious threats for society and will impact on all of us.

These changes will have a significant impact on our economy and society as a whole. They are questions which the ILC Global Alliance explores.

This year we have been celebrating our 30th anniversary.

Designing the Future of Ageing

What comes to your mind when you think of “ageing”?

On Wednesday 9th November, ILC-UK will be holding its second Future of Ageing Conference featuring both UK and international speakers.

On July 29th the City of Veranopolis (RS) in the south of Brazil launched its Age-friendly Action Plan based on rigorous research with older people. The project is being developed as part of a public/private partnership between ILC-Brazil and CPFL Energia SA.

Longevity theme at Rio’s new Museum of the Future

Rio’s Museum of the Future invites the visitors to think about what kind of future we want for ourselves and coming generations. ILC-Brazil’s President spoke about longevity, one of the five core themes of the Museum, on February 16th.

ILC- France is proud to announce the launch of CLIC PREVENTION SANTE, an online health prevention tool for  all ages  developed by ILC France  and sponsored by KLESIA  ( pension fund ).

ILC Singapore organised an inaugural Ageing Research Forum 2015 on May 27, 2015 to share results and learnings from the evaluation conducted of various Tsao Foundation programmes and create a platform to improve and broaden practice for community-based research.

This monograph has been produced by the Centre of Expertise in Longevity and Long-term Care (Faculty of Humanities, Charles University, Prague), International Longevity Centre-Czech Republic.

This new research, by David Sinclair of ILC-UK, for Age UK, considers the market potential of the older consumer and highlights how companies can make more of this population.

Weathering the downturn: What is the future for Lifetime Neighbourhoods?

An ILC-UK collection of expert essays exploring how the 'lifetime neighbourhoods agenda' for housing and the built environment can respond to the economic downturn.

Decumulation of Assets – The Impact of the Economic Downturn

This ILC-UK brief summarises a public debate exploring decumulation in the context of the economic downturn.

Driving, Cessation of Driving and Well-being in Old Age

Asset Accumulation in Focus: The Challenges Ahead

The discussion paper Asset Accumulation Across in Life Courses: The Challenges Ahead explores the policy implications of changing patterns of asset accumulation in the UK.