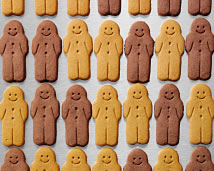 The inalienable concepts of Equality and Human Rights are of growing importance to older people.

These rights are not only being articulated in ever greater numbers by older people, but are becoming increasingly enshrined at the national and international level.

However the protection and furtherance of these rights remains an arduous and long path, older people across the world are routinely discriminated against and suffer profound inequalities as result.

Why we need to talk about gender and longevity

The experiences of seniors during the Corona/Covid-19 crisis

The Leyden Academy on Vitality and Ageing and ILC-Netherlands research project focusses on the impact, measures and restrictions of the corona virus on the senior population. The project intends to focus on how a diverse group of seniors (aged 60+) experience the virus and the measures taken. How do they perceive the risks and how does is impact their daily lives?

Promoting and protecting the rights of older persons

In the beginning of March, the UN Statistical Commission met in New York. It established the Titchfield City Group on Ageing and Age-disaggregated Data lead by the UK Office for National Statistics.

A one day workshop on “Orientation of Seniors as Volunteers for the Niramay Arogya Seva Project (Healthy Living)”  was jointly organized by the Association of Senior Citizens’ Organisations of Pune (ASCOP) and the International Longevity Centre-India (ILC-I) with the support of GHARDA CHEMICALS LTD on the 3rd of August 2016 in Pune.

Dr. Rosy Pereyra participates in a colloquium of one of the most read newspapers in the Dominican Republic.

The deadline to submit responses to the questionnaire on best practices in the implementation of existing law related to the promotion and protection of the rights of older persons is 18 December 2015.

Inter-America Convention on Protecting the Human Rights of Older People

On the 15th June, member states of the Organization of American States (OAS) approved the INTER-AMERICAN CONVENTION ON PROTECTING THE HUMAN RIGHTS OF OLDER PERSONS during the General Assembly of the institution, which was immediately signed by the governments of Argentina, Brazil, Chile, Costa Rica and Uruguay at OAS headquarters in Washington DC.

Several ILC representatives participated in the 59th session of the Commission on the Status of Women (CSW), March 9-20, 2015, New York.

The International Longevity Centre-India (ILC-I) organized a Mini Walkathon of senior citizens to mark the World Elder Abuse Awareness Day on the 15th of June 2014 in Pune.

We are delighted to announce that Baroness Sally Greengross, Chief Executive of the ILC-UK, and Dr. Alexandre Kalache, Advisor to the Brazilian Government and Chief Executive…

ILC-UK at “The impact of ageing on developed economies” conference in Ditchley,Oxfordshire, England.

Baroness Greengross chaired the three day conference (12-14 May 2011) of key thought leaders around the world on ageing in developed economies, hosted by the Ditchley Foundation.

The study examined a groundbreaking program designed to reduce elder abuse and neglect.

Human Rights in an Ageing World

A collection of the reports by Presidents/Directors of the ILC Global Alliance concerning human rights issues and efforts towards future in aging society.