Dr. Rosy Pereyra participates in a colloquium of one of the most read newspapers in the Dominican Republic.

Dr. Pereyra expressed sadness when recognizing that the country lacks public policies to protect the aged.  “Despite the fact that the older population is growing and today represents 10% of the total, the government does not seem to be considering to include in its short-term plans the development of any action to attend the needs of that group”.

The situation is very difficult, 59% of people over 60 are below poverty line and of them 24% are indigents.  Only 12% of older adults have a pension, because the majority of them, till 30 years ago, worked in the rural area in informal jobs and therefore did not contribute to social security, Dr. Pereyra said.

Furthermore, though the country has a new Social Security Law put in action 15 years ago and it stablishes a non-contributory pension equivalent to US$100 dollars a month, the Government has not implemented that regime because they prefer to have an action called Solidarity Card that offers a group of people the amount of US$20 dollars a month. According to Dr. Pereyra this shows that the Government considers older people objects of charity and not subjects, in other words, owners of rights. However, that has been beneficial for the party in power, because poor people vote for them to keep the little money that they get not knowing that they are being deceived because by law, they should get much more.

Dr. Pereyra spoke about the work of ILC-DR which has been empowering older people and showing them their rights so that they can demand them.

She also talked about the incidence of abuse and the very bad health coverage which affects the older population and about her concern because the Dominican Republic has not signed the Latin American Convention for Human Rights of Older Adults, an essential instrument to guarantee that older persons’ rights are respected and protected. 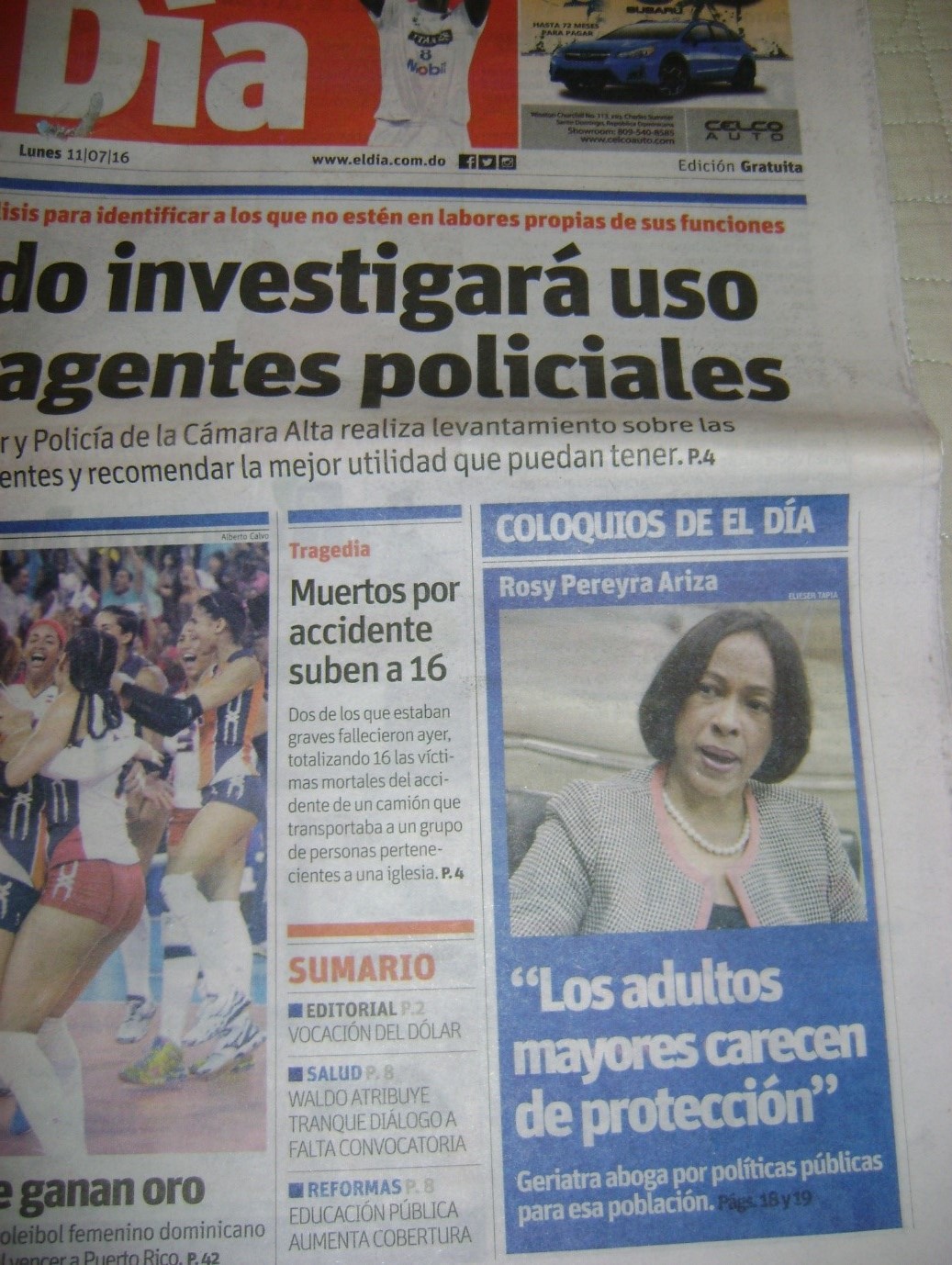 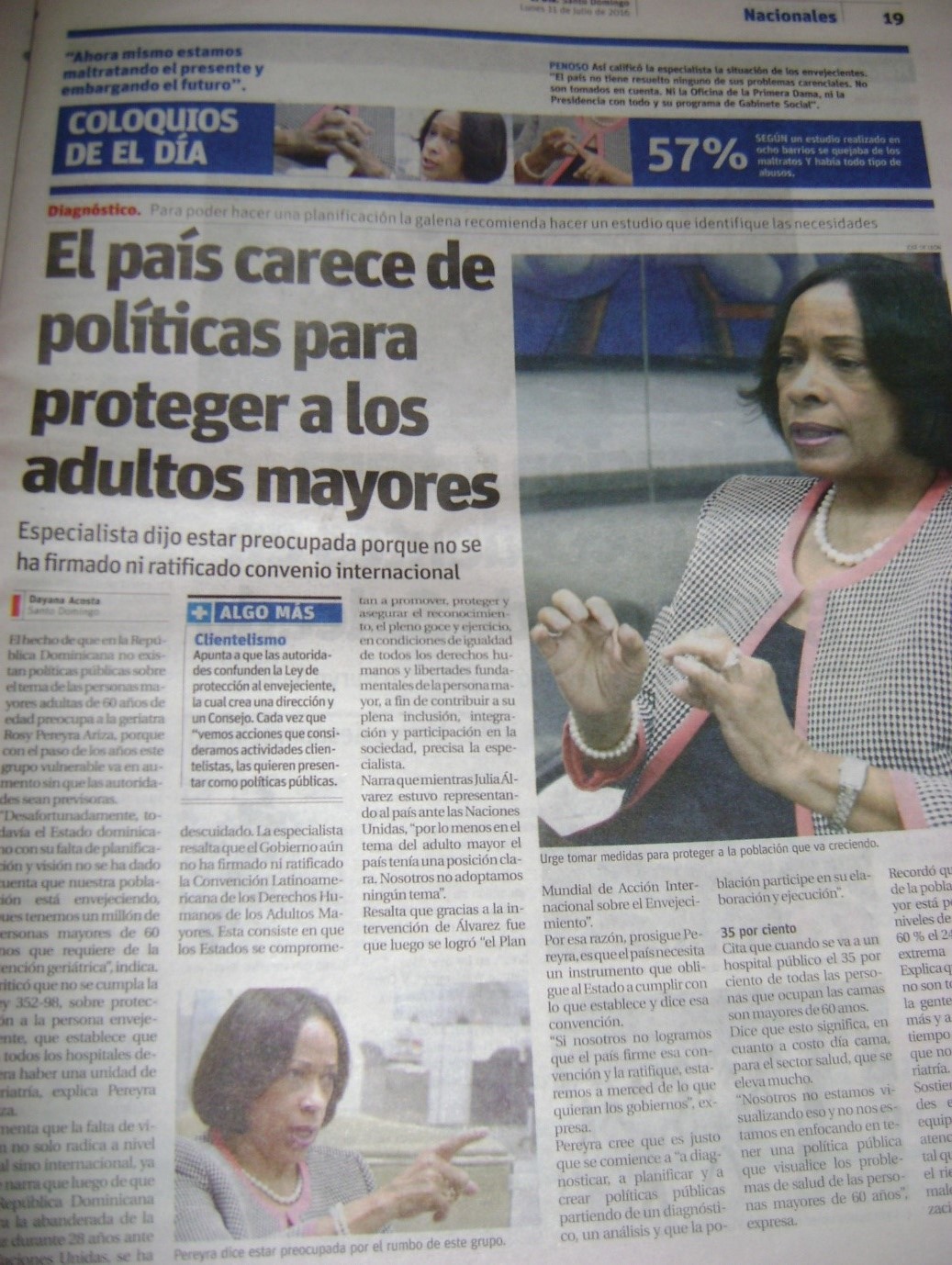