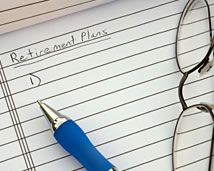 In an ageing world, the process and nature of retirement is changing. In most parts of the world, the next generation of retirees will be healthier, and will live longer, than any previous generation.

As a result, many older people are keen to continue in the workforce for longer; overcoming barriers to employment in later life is a key challenge for policy-makers throughout the world. However, the economic and fiscal implications of increased longevity means that many people will be compelled to retire later, as eligibility ages for pensions are increased to minimise both budget deficits and old age dependency ratios. Innovative forms of ‘gradual retirement’ may be necessary if inequitable social outcomes are to be avoided.

After a successful first edition in 2019, almost one hundred participants (ranging from 50 to 74 years) started on 14 January 2021 with the free learning program Silver Starters, which was developed by Leyden Academy on Vitality and Ageing and Aegon. In 12 weeks, the participants will lay the foundation for converting their idea into their own company through online learning and coaching.

Journalists from around the US are invited to apply for this year’s Age Boom Academy, The Future of Work: New Technology and an Aging Workforce to be held May 31 – June 2 at Columbia Journalism School in NYC.

Columbia Aging Center at the Mailman School of Public Health has honored 13 NYC employers for having policies and practices that help them to hire, engage and retain workers over age 50.

Older people aren’t always getting the most from their retirement savings, according to a new report, by Jackie Wells for the ILC-UK.