Joining the Committee to Set and Promote “Productive Aging Day”

As we are now expected to live to 100, we have decided to set “Productive Aging Day” in Japan. 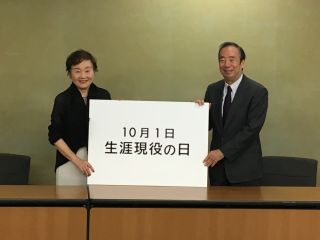 Its goal is for all of us, including individuals, corporations, local communities and government bodies, to work together to build a sustainable and mature society for productive aging, where people of all generations can play active roles and support each other. Through promotion of this day, we would like to call for a national movement so that we can share the same goal to “build a society for productive aging” in Japan.

Japan already has a national holiday called Respect for the Aged Day. Its aim, however, goes no further than celebrating a healthy longevity society. We are taking a step further, with the image of a positive society where older people contribute to their communities. This committee mainly consists of Japanese leading researchers and companies that have abolished the mandatory retirement. ILC- Japan is a member of its secretariat and in charge of planning.