International Symposium “Japan, a leading county in population aging! Communities built by everyone as a main player: Examining roles of older people from the latest trends in Japan and European countries

On November 16, 2018, ILC Japan co-hosted an international symposium “Japan, a leading country in population aging! Communities built by everyone as a main player” with the Dia Foundation for Research on Ageing Societies. 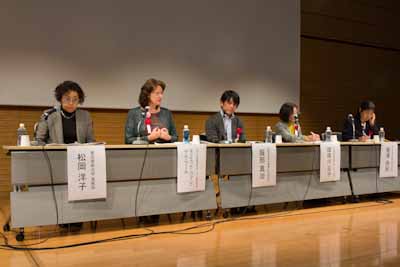 We invited Dr. Marieke van der Waal (Director, ILC NL), and over 200 people participated in the symposium. The speakers presented the trends in Europe as well as leading practices in the Netherlands and Japan. The message sent to the participants was, “We need a paradigm shift from ‘doing it for you’ to a participatory society that ‘helps self-help.’”

The UK, Denmark and the Netherlands have been going through major reforms, transforming themselves from “welfare states” to “participatory societies,” with a strong sense of crisis along with population aging. Based on the concept “Aging in place,” their efforts have been shifting from “doing it for you” to “help self-help” through independence of individuals and communities. According to Marieke, in the Netherlands, the paradigm shift from the welfare state to participatory society has accelerated since the opening statement was made by the King at the 2013 Parliament. Everyone who is able would be asked to take responsibility for their own lives and immediate surroundings. The labor participation rate among people aged 55-64 has also been increasing significantly. Moreover, Social Wijkteams (SWTs, social district teams) actively provide a range of assistance under the support by municipalities. Voluntary activities are also strong, where volunteer coordinators provide a variety of services to coordinate volunteers and people/organizations that ask for volunteers.

As for Japan, research has shown that increasing frequency of social interaction will lead to prevention of care needs and that the risks of dementia are lower for municipalities with higher social participation rates among residents. A speaker stressed the importance of changing our perspectives about support for independence: We should further promote the concept of “Continue what older people want to do in their lives in the familiar environment.” Based on this perspective, two initiative in Japan were introduced at the symposium. One presentation was on “Hyakuninriki (power of hundred people) Salon” in Tokyo, a part of “Ogikubo Kazoku (Family) Project” consisting of rental apartments and open space for the community. The other presentation was on “Genki Station,” a community activity program managed by residents and supported by Yokohama City. Both of these community-based initiatives are led by residents themselves, and people can easily participate in these activities.

The presentations were followed by a panel discussion, where speakers discussed roles of coordinators in communities and future of community-based activities from the perspectives of supporting “participation,” “independence” and “networking.” The seminar hall was filled with enthusiasm.