David Sinclair and Dean Hochlaf from ILC-UK visited Washington D.C. to present findings from a major new report on the international retirement challenge. 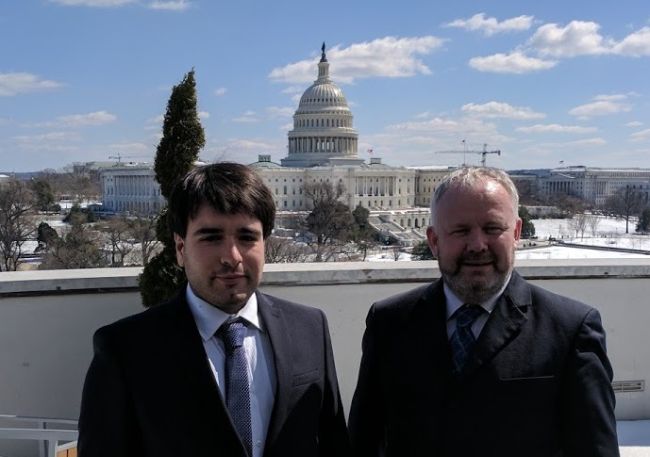 In March David Sinclair (Director, ILC-UK) and Dean Hochlaf (Assistant Economist, ILC-UK) presented the findings from a new research project on the retirement income challenge across the OECD. The American Council of Life Insurers (ACLI) graciously hosted the event organised and sponsored by Jackson National Life Insurance Company and its parent company Prudential plc, in their stunning offices overlooking Capitol Hill. Attendees included Governor Dirk Kempthorne, former Secretary of the Interior and president and CEO of the ACLI and Dr. Mark Calabria, Chief Economist to Vice-President Pence. Many other distinguished guests from academia, industry and government were present. The presentation was followed by an enthusiastic discussion regarding how income for the retired can be bolstered and the economic challenges which lie ahead.

Following this David and Dean met with Jonathan Stevens, Senior Vice President for Thought Leadership at AARP a major interest group in the US, acting to enhance the quality of life for all as they age. Potential collaborations between ILC-UK and the international alliance were discussed. Jonathon provided a brief but informative tour of the cutting-edge technologies that AARP fund and help develop to improve the lives of older people. The trip was enjoyable for both David and Dean and exemplifies the growing influence that ILC-UK has thanks to the hard-work and dedication of the team.