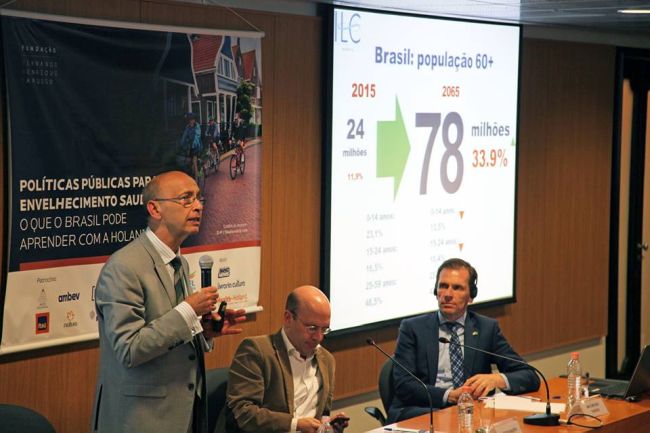 Alexandre Kalache was again guest speaker at the Fernando Henrique Cardoso Foundation (Fundação FHC) in São Paulo in May. He spoke alongside the Dutch Vice-Minister of Health, Bas van den Dungen, on the subject of what lessons Brazil can derive from Dutch public policies and actions on ageing. Minister van den Dungen has served as the Dutch Vice-Minister of Health since 2014. ILC-Brazil has a close working relationship with the Dutch Consulates in both Rio de Janeiro and Sao Paulo. The Fundação FHC is a think tank that was established in 2004 by the former President of Brazil, Fernando Henrique Cardoso, with a mandate to produce and to disseminate knowledge about the challenges of development and democracy in Brazil. Dr Kalache’s presentation can be viewed on the Facebook page of the Fundação FHC.